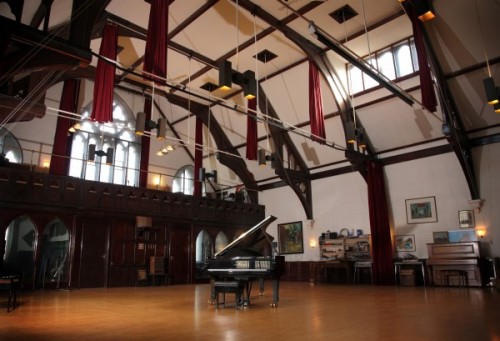 The Crouch End studio is currently going through a huge re-design and re-build after Epworth saved it from being converted into flats; a proposal which was turned down by previous owner, Dave Stewart, who set up the studio in the 1990’s, as well as by local residents.

With Walters-Storyk Design Group employed by Epworth to re-design the studios, Miloco Recording Studio Builds will be working on the construction side of things on behalf of WSDG.

Miloco Recording Studio Builds are thrilled to be part of such an amazing project – it’s going to be one of London’s most impressive studio complexes and with such a rich history, including artists like Bob Dylan, Radiohead and My Bloody Valentine, we hope to continue this success.

For a fantastic pictorial diary of what’s happening at The Church throughout this re-design, make sure you follow their blog.