The success behind Miloco Builds is rooted in our hugely experienced, skilled and hard-working team of recording studio builders and designers, led by Pete Hofmann, Nick Whitaker and Mickey Whelan.

Pete Hofmann is Technical Director and shareholder of Milo Music Ltd, who run the Miloco Studios group. Miloco is the largest independent studio group in Europe now operating over 40 studios around the world. Pete has also been a successful engineer and producer for 15 years and is currently mixing artists such as Kylie, Jordyn Sparks and Girls Aloud. He is therefore in a unique position to offer valuable practical solutions in recording studio design and studio construction.

All of Miloco’s recording studio design projects are overseen by studio analysis expert Nick Whitaker. Nick graduated from Salford University in 1984 with an Honours Degree in Electro-acoustics. Since 1988 he has been a specialist consultant in the acoustic design of recording studios. Nick has clients in over 30 countries including the BBC in London & Birmingham, Telegael in Eire, Netherlands NOB, Russian Mosfilm and Polish Broadcast companies, as well as many private facilities. He also has extensive experience in music venues such as the Shepherds Bush Empire and Brixton Academy, and was an integral part of the recent refurbishment at Ronnie Scott’s Jazz Club. He has been a full, professionally qualified member of the Institute of Acoustics since 1985.

Mickey Whelan is one of the most established recording studio builders in the UK, and has worked closely with Miloco for over 10 years. He is a former member of The Beatmasters and so understands the practical needs of producers and engineers. A highly skilled carpenter, Mickey has enabled us to provide clients with bespoke recording studio furniture at very reasonable prices, as well as custom acoustic panels, while maintaining an extremely high level of finish and attention to detail.

Miloco’s team of recording studio designers and builders have constructed many of Miloco‘s own recording studios as well as a large number of external studios. They can offer advice and management on studio construction, wiring installations, equipment purchasing, ventilation, air conditioning and all other integral aspects to building and maintaining recording studios.

Miloco Builds is proud to have recently completed a private studio for composer Adam Skinner. Given its idyllic location our brief was to bring the… 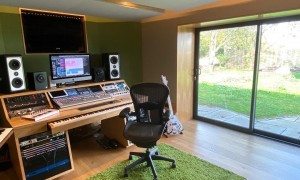 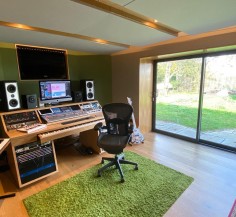 Having previously built his London studio "One Eyed Jack's", it was a pleasure to put together a home production room for writer, producer & mi… 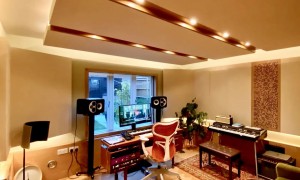 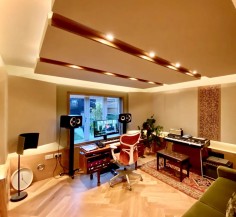 Miloco are very proud of the newly completed 9.1.6 room at Such Sweet Thunder. Thank you to Peter and Kirsty for being such lovely clients.… 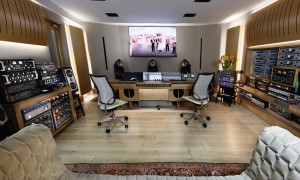 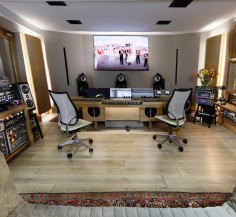 Get in touch about Recording Studio Builders