Having refitted the original studio space in 2015 producer and artist Shoto Radcliffe once again turned to the Miloco Builds team for the next phase of his studio expansion. 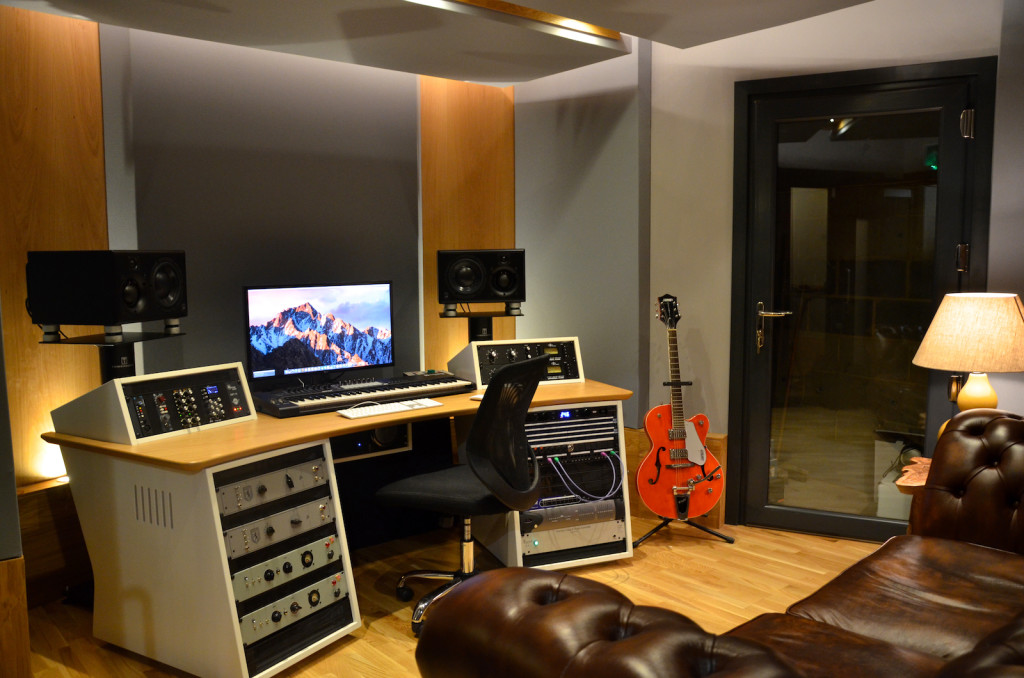 Originally intended as a second live room the project evolved once it became clear how much additional space could be made available. Given Sholto’s workflow it was decided that a second control room could also be achieved and the complexities of the existing pillars yielded a really interesting scheme . The result is a great sounding live room , with booth and a good sized control room with superb ATC monitoring . Every now and again you design a room that you would love to own yourself and this is one of these. 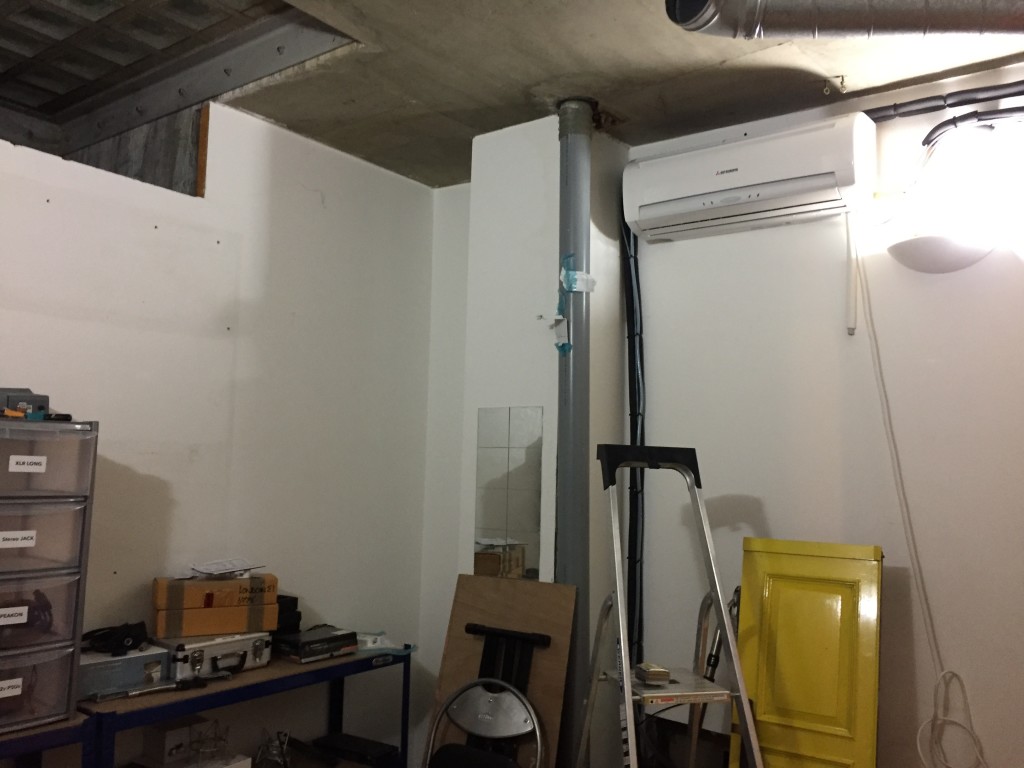 It’s often tricky seeing a space for the first time and visualizing how to use the space. Dock St was no exception with pillars, pipework, and existing services all to bring together. 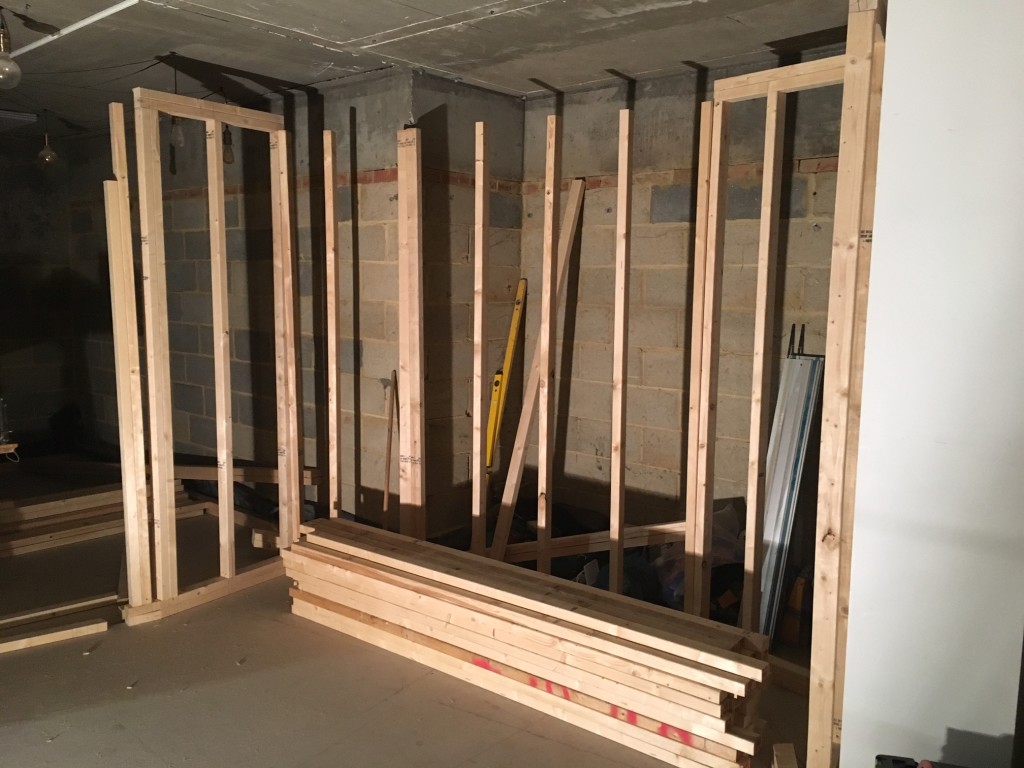 With the fully floated floor in place attention is turned to the setting out and stud work. In order to maximize height this was engineered using 75mm studs to achieve the biggest rooms possible.

Room framing complete – next comes the all important rockwool.

We always line our studios with Ply to facilitate fixings both by us and the client at a later date.

No we didn’t miss a bit. We made an allowance for there to be a window in the future. We prefer to tape and joint rather than plaster to ensure all gaps are carefully filled to ensure maximum isolation. 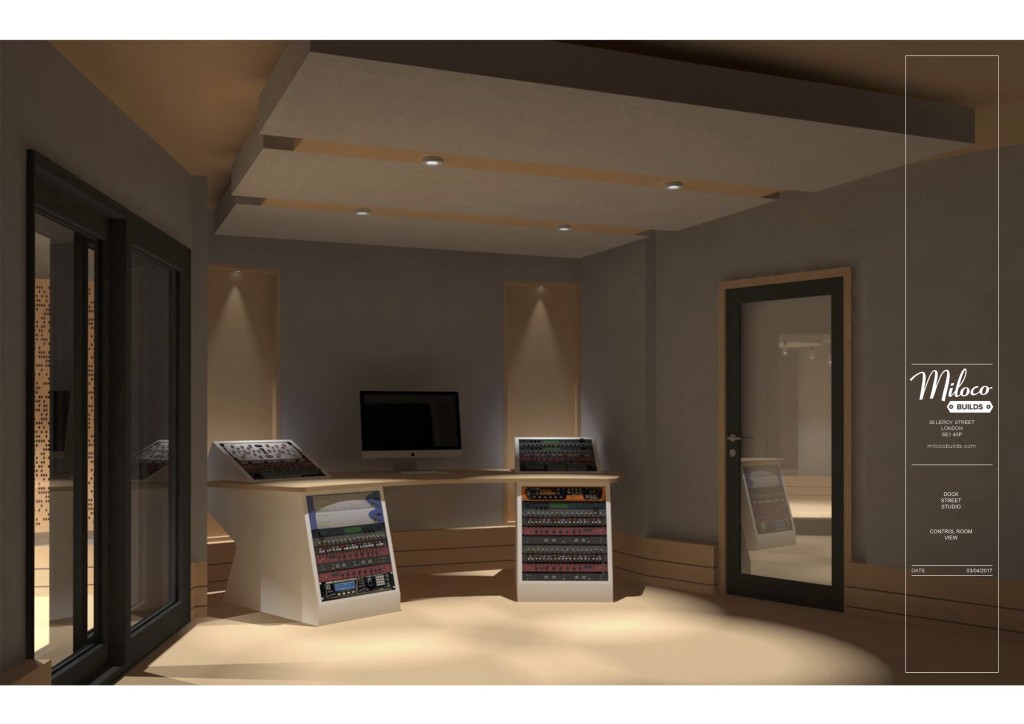 Initial render of the control room space. The front arches were later replaced with sections lit from the bottom. The doors were all manufactured by a german manufacturer with bespoke glass specified by Miloco. 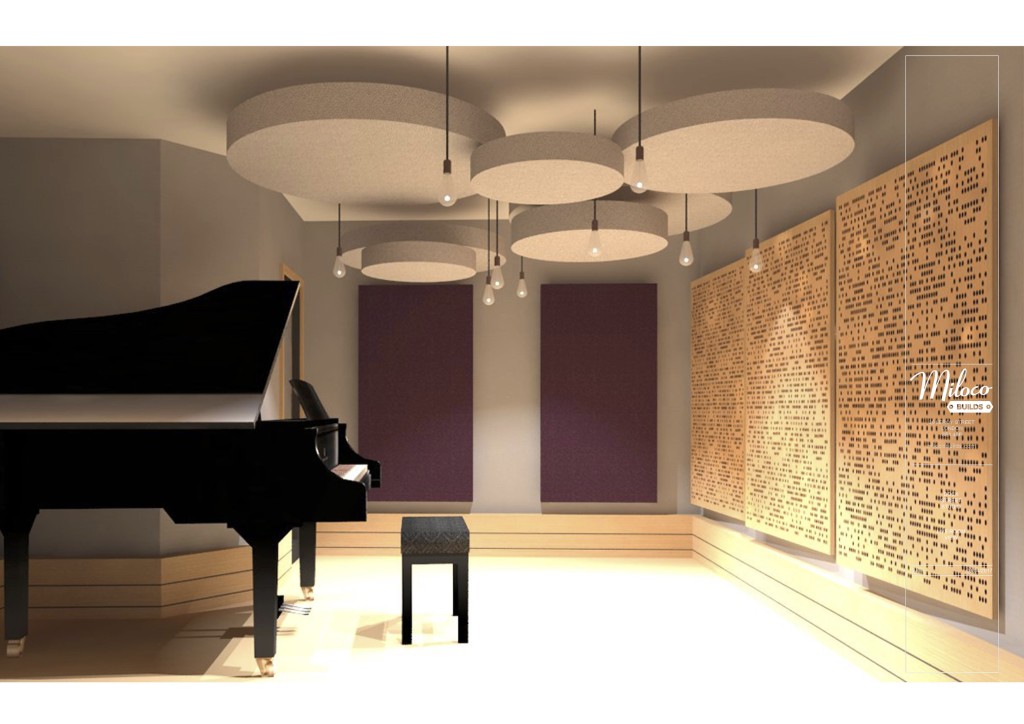 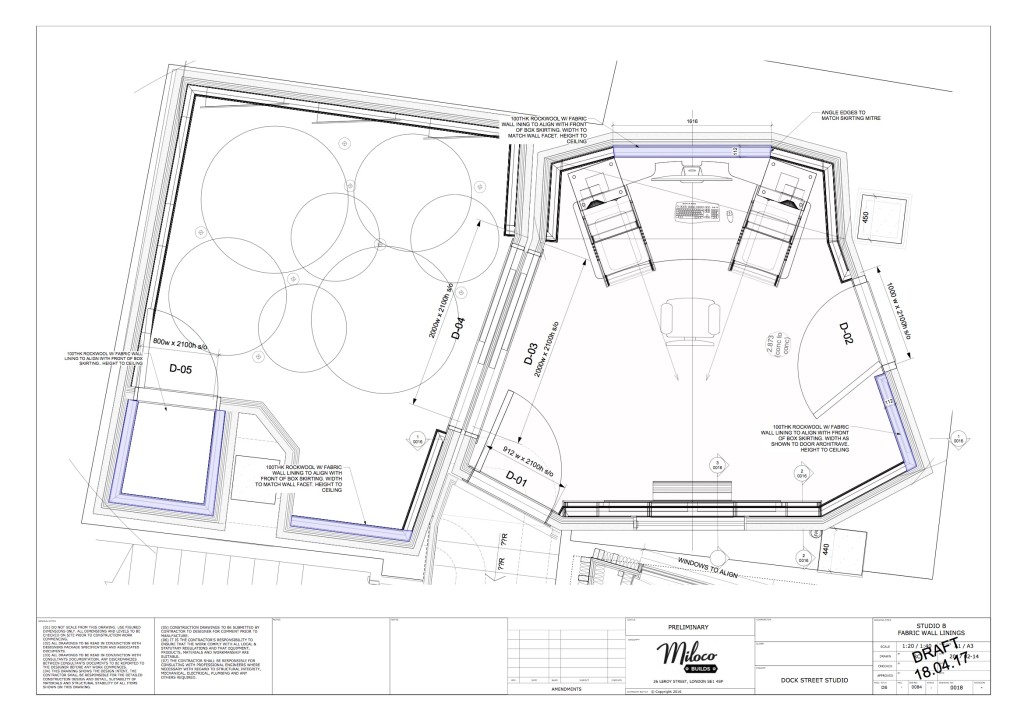 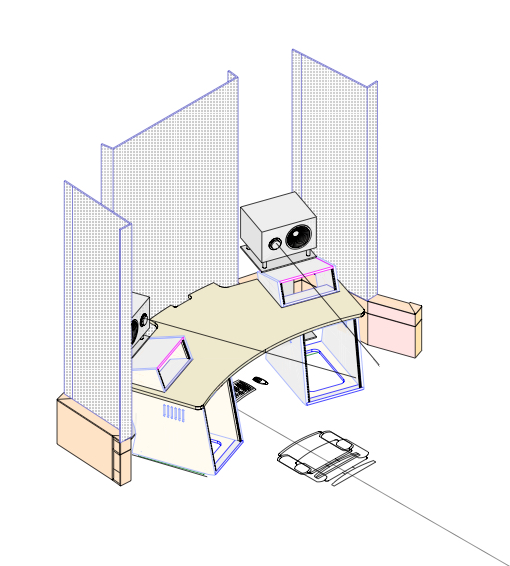 The bespoke workstation was designed for the engineer to be in the listening position when adjusting critical Eqs, ie we not reaching down underneath the desk.

As always, Miloco Gear were on hand to provide some equipment for the studio. Sholto went for an Avid HDX system with HD IO interface, running on a band new Mac Pro housed in a Sonnet chassis, a superb bit of kit that ca house the computer, PCIe cards and hard drives while providing USB and Thunderbolt connectivity for any peripherals, thus eliminating the thunderbolt spaghetti often required for pro setups with the latest Macs. In terms of outboard, he ordered a pair of Universal Audio 1176 compressors and an API 512C mic pre, which compliments the original 1962 EMI valve mic amps he already owned perfectly. Monitoring comes from ATC, and there’s a superb selection of instruments including Fender Start guitars, a Dave Smith Prophet ’08 synthesiser, and a Ludwig Hollywood drum kit.

Posted on 25th September 2021 by info@miloco.co.uk