"With over 20 years' experience in recording studio design, acoustic analysis and studio construction, Miloco Builds offer expertise in every area involved in building a recording studio"

Miloco Builds was set up as an offshoot of Miloco Studios to design and build recording studios that many of our clients were looking to construct. Today, Miloco Builds covers all aspects of studio designing and building, and its clients have included leading producers and engineers, musicians, post-production studios, education studios, and some of the leading commercial studios in the world. The Builds team consists of Pete Hofmann from Miloco Studios, advised by leading acoustician Nick Whitaker.

Pete Hofmann is technical director and shareholder of Milo Music Ltd. (who run the Miloco Studios Group), and is the face of Miloco Builds. Miloco is the largest independent studio group in Europe, with a roster of more than 170 recording facilities around the world. They include the company’s core studios based in London, a selection of world-class residential and non-residential recording studios scattered around the UK, several luxurious retreats in beautiful areas of Europe including the Alps and the Mediterranean, an ever-evolving roster of stunning US-based studios, as well as some top-class options throughout South America, Australia and Asia.

Pete has also been a successful engineer and producer in his own right for over 20 years, working with a massive variety of artists, including Kylie, Will Young and Girls Aloud. He is, therefore, in a unique position to offer valuable practical solutions in recording studio construction and design.

All studio designs are overseen by highly-respected acoustic consultant Nick Whitaker who graduated from Salford University in 1984 with an Honours Degree in Electro-acoustics. Nick is one of the UK’s leading acoustic consultants and has specialised in the acoustic design of recording studio projects. Nick has clients in over 30 countries, including the BBC in London & Birmingham, Telegael in Eire, Netherlands NOB, Russian Mosfilm and Polish Broadcast companies, as well as many private facilities. He also has extensive experience with music venues such as Ronnie Scott’s Jazz Club recent refurbishment, Shepherds Bush Empire and Brixton Academy. He has been a full, professionally qualified member of the Institute of Acoustics since 1985.

Recording studio builder Peter Russel has worked with Miloco for many years, and prior to joining us had already built studios for artists including Portishead and Placebo. As a former furniture maker for Black Box/Recording Architecture, Peter has enabled us to offer our clients a range bespoke studio furniture at very reasonable prices as well as an excellent level of finish and attention to detail. Peter oversees all the design and fit out specifications and manages the day-to-day studio construction team.

We have excellent relationships with many sub contractors including architects, structural engineers, risk assessors, electricians, air conditioning contractors and more, all of who have worked with Miloco Builds for many years. Each member of our team has the necessary qualifications and can work alongside building control to ensure projects are correctly signed off.

Together the Miloco Builds team has designed and constructed many of Miloco’s own studios and can offer advice and management on every aspect of recording studio design and build, equipment purchasing, ventilation, air conditioning and audio installations. Miloco’s own studios’ success and our builds clients’ satisfaction are testament to the quality and experience we can bring to your build project.

Miloco Builds completed a studio build for the legendary Mute Records that serves as a writing, recording, mixing and mastering space. Having to re… 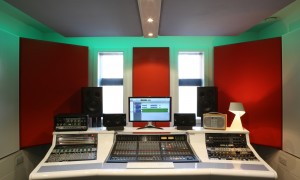 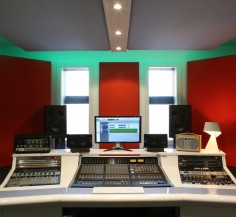 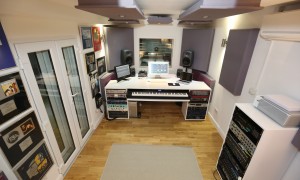 London School of Sound approached us to design and construct a new live space for their students. Isolation was paramount due to the close proximit… 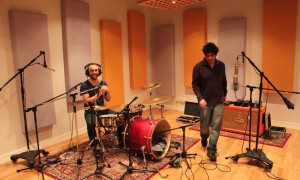 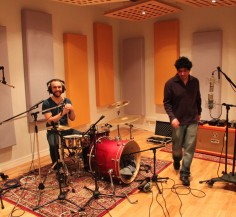